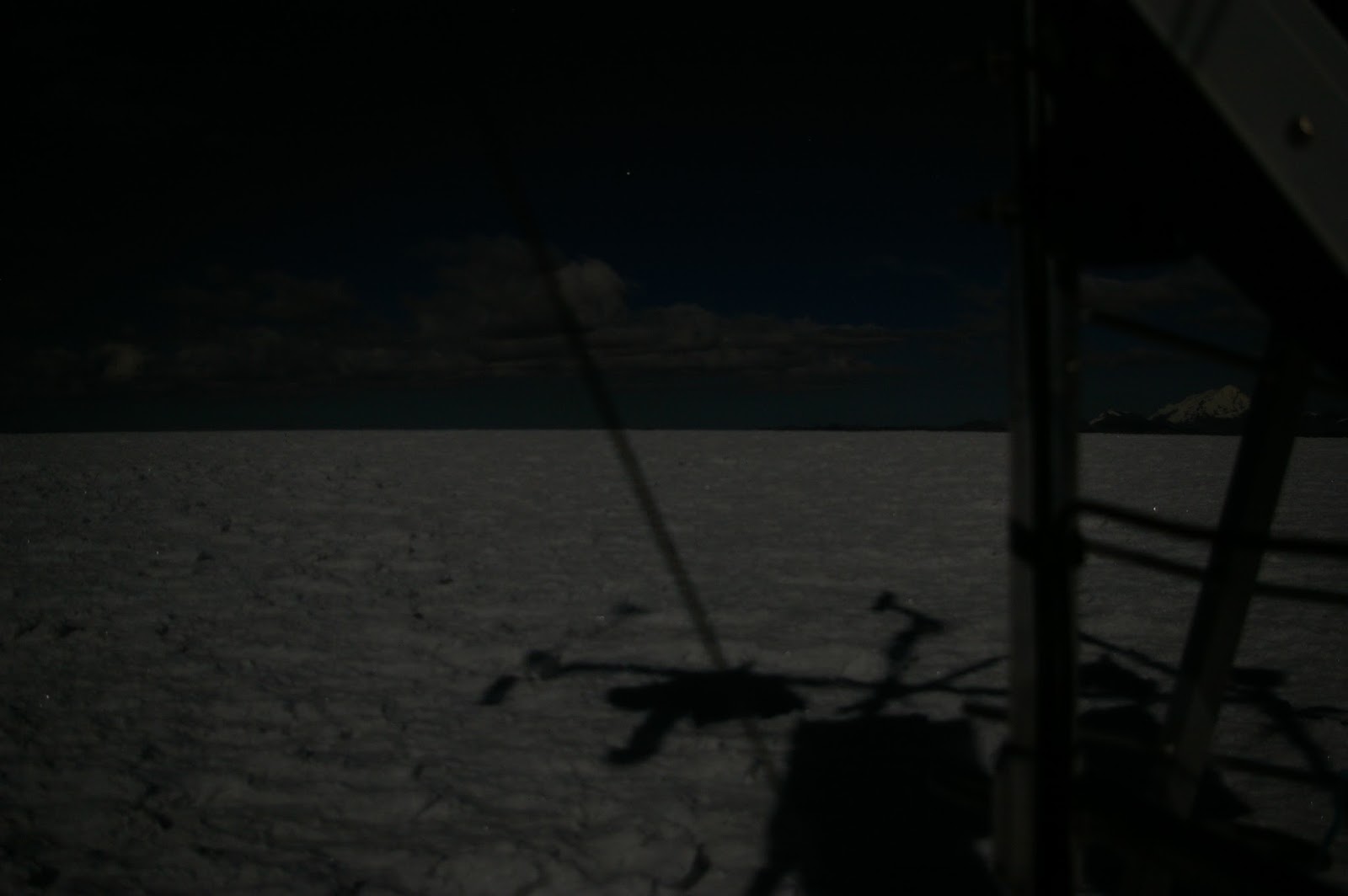 The image above isn't likely to win any contests; the beauty of this shot is that it captures a night-time moment at the automated weather station, when we were thousands of kilometers away. This is one of over 7,000 images acquired during a 15 month interval at the Quelccaya AWS by a Pentax K100D Super camera, in an early version of a Harbortronics Time-Lapse system. It nicely demonstrates one of the ways that modern automated stations can include more than sensors making basic weather measurements.

The enclosure is installed looking toward the west, with a fixed field of view. About half of each scene shows the sky (i.e., clouds and all the information they convey about the atmospheric state), while the lower half illustrates the glacier surface, providing information such as snowfall timing, magnitude, subsequent wind re-distribution, and surface texture (see above). In addition, the foreground - only 75 cm from the camera - depicts sections of the tower, a guy cable, the GOES antenna, and a solar panel. Rime ice is easily observed here, during conditions when it develops. Remarkably, both distant and nearby elements of the image are almost always in focus!

This particular photo from 19:05 on 11 July is noteworthy because the only source of light was from a nearly-full moon, rising through clear sky to the east behind the camera. Faintly visible in the western background is a band of clouds; on the right-hand side a mountain in the Cordillera Vilcanota can be seen, ~50 km distant. On the foreground snow is a shadow of the AWS, clearly showing (left to right) an ultrasonic snow sensor, the big Met One T/RH radiation shield, and the RM Young Wind Monitor. EXIF data indicate the shutter speed was 6 seconds, with the aperture at f/4.

Our initial use for this set of hourly images is in aiding quality-control of snowfall measurements. Thanks to two different ultrasonic sensors on this station, raw measurements are usually unambiguous after adjusting for air-path temperature. But sometimes, it can be difficult to assess whether measurements recording a surface height increase are due to a snowfall event, re-distribution of previously-fallen snow, or something rare and unrelated to climate (e.g., jiggling of the tower as accumulation settles).

Getting the time-lapse system to this point hasn't been without frustration, but the result is proving both useful and interesting!
Posted by admin at 9:29 AM