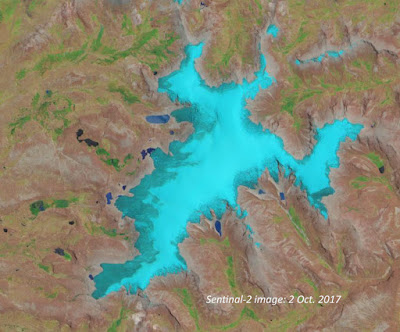 Satellite imagery from earlier this month show that the 2017-2018 accumulation season began sometime within the past month. The image above from 2 October shows a familiar snowline pattern, as ablation continued. We won't know exactly when accumulation began at the summit until our next visit to the AWS, as telemetry was not restored during July fieldwork. Will there be a La Niña signal in accumulation this year?
Posted by admin at 4:11 PM No comments: