We are just back from an ambitious program of fieldwork on the ice cap, including 8 days at the summit. The AWS has been raised and serviced, accumulation has been measured, and we succeeded in the GPS survey of motion/ablation stake positions established in 1983 and 1984. Here are a few images from the trip:

Below illustrates the AWS "as found", after digging out the enclosures and raising them. To the right of center is our 2013 snowpit, and the orange flag marks the position of 1983 ice-core drilling done by Lonnie Thompson (Ohio State). 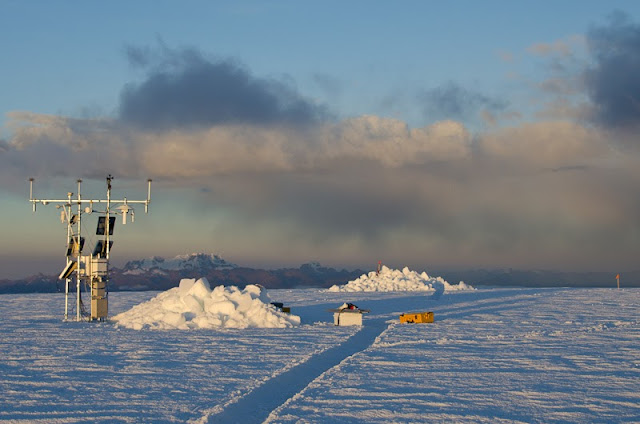 A cold, clear evening at the summit of Quelccaya Ice Cap (2.5 minute exposure). 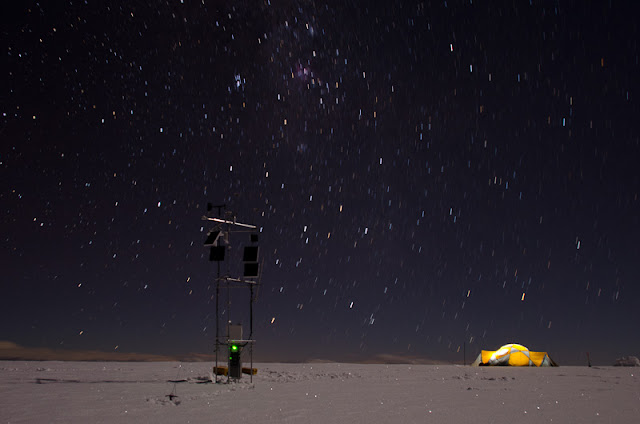 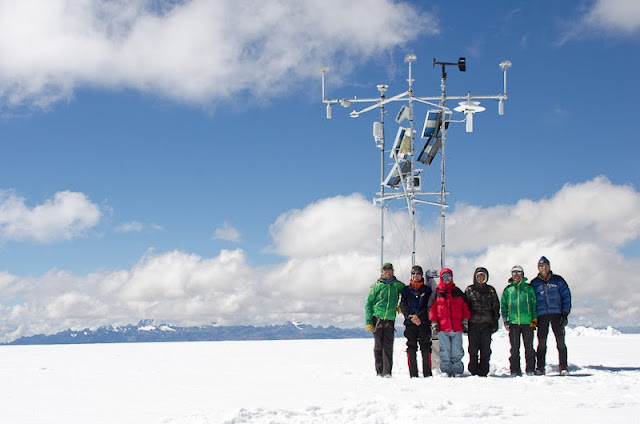 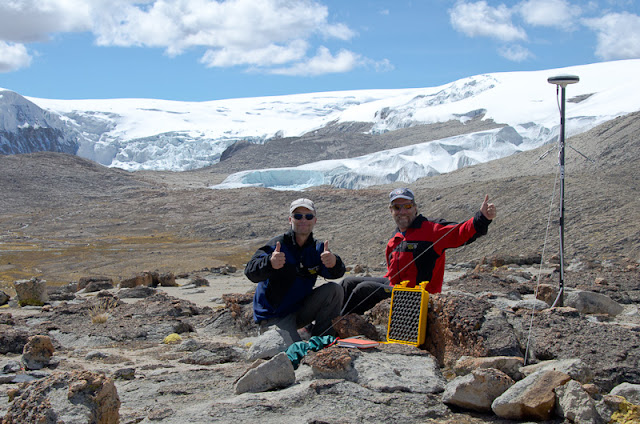 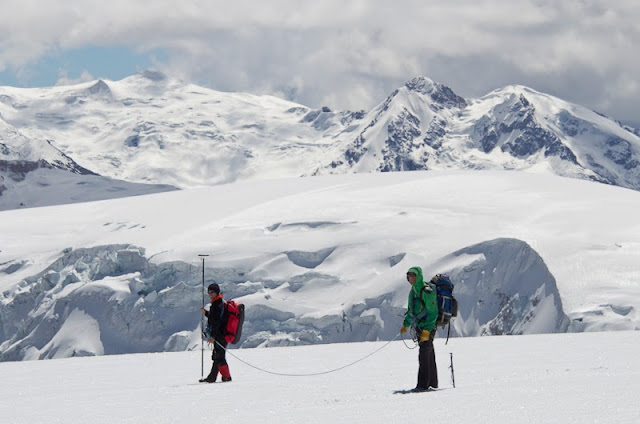